“The big plus of the hybrid event is the digital reach well beyond the trade fair period”MegaGen’s AnyRidge—the ideal solution for any missing teethInterview: Experience Schütz Dental’s complete digital workflow at IDS 2021IDS × Osstem Implant: No matter what, we’ll be there for youtoday at IDS 2021 Show Preview (International)today at IDS 2021 Show Preview (German)Interview: “IDS will light the way for the whole dental industry”Efficiency and versatility—pioneer in graphene nanotechnology in dentistry to exhibit at IDSHASS meets highest demands for aesthetic restorationsDental electric motor company Micro-NX to launch handpiece line-up at IDS 2021
Visit microsite
News 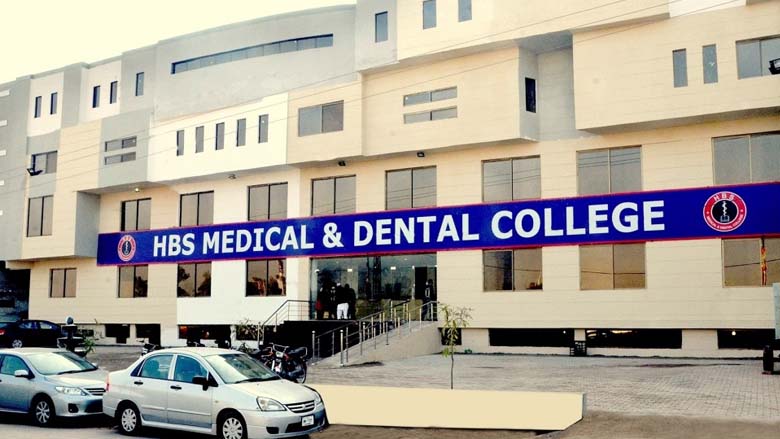 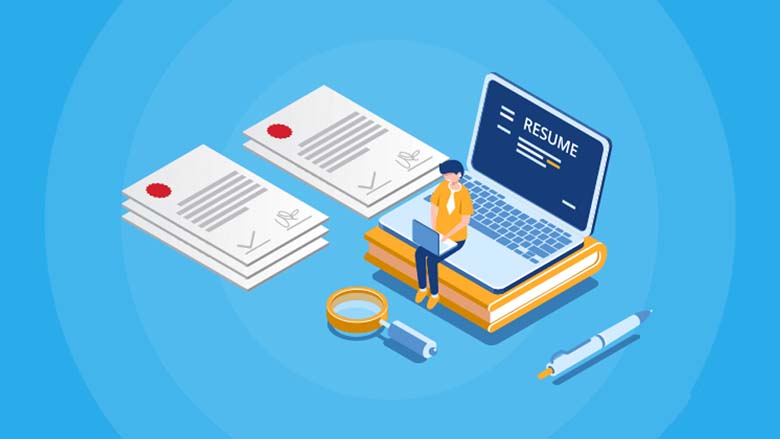 The Obsession With Certificates Over Quality Education

Most professionals are missing the point by largely putting so much weight on certificates as a predominant pathway to continuing medical education. 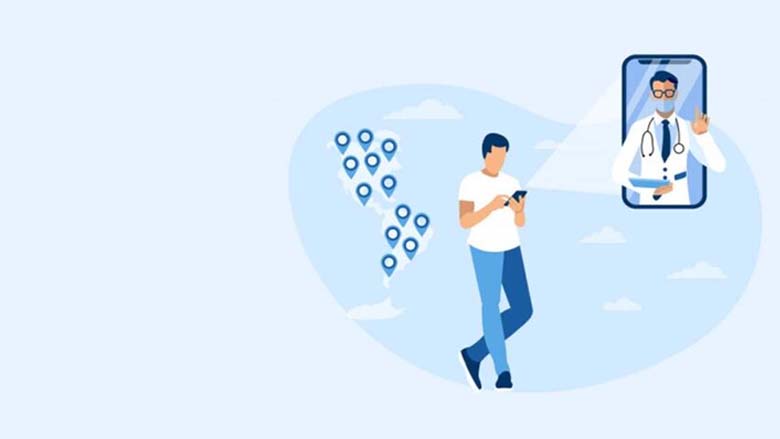 As we are getting accustomed to the new normal, we must explore the idea of online consultation. This option has been available for a while, but its importance has come to light during the pandemic. 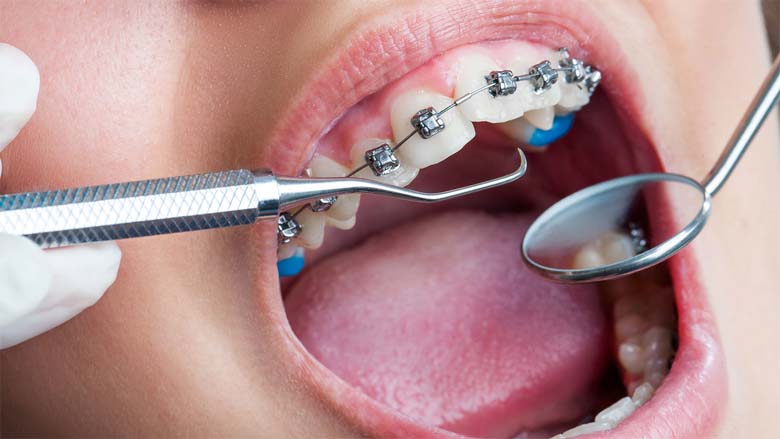 Karachi: The committee of continuing dental education committee, Liaquat College of Medicine and Dentistry (LCMD), recently arranged an online webinar. The event was in collaboration with the Department of Health Professions Education (DHPE). 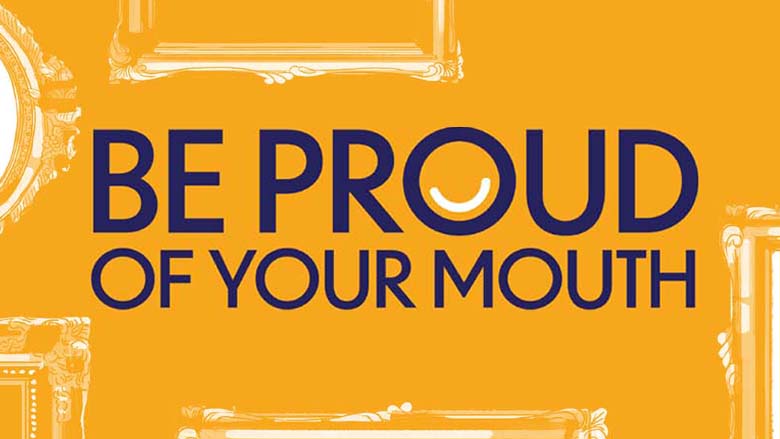 The Many Reasons To Be Proud Of Your Mouth

The mouth is the gateway to our body and should be looked after. Good oral health can help live a longer, healthier life. Who would not want that? 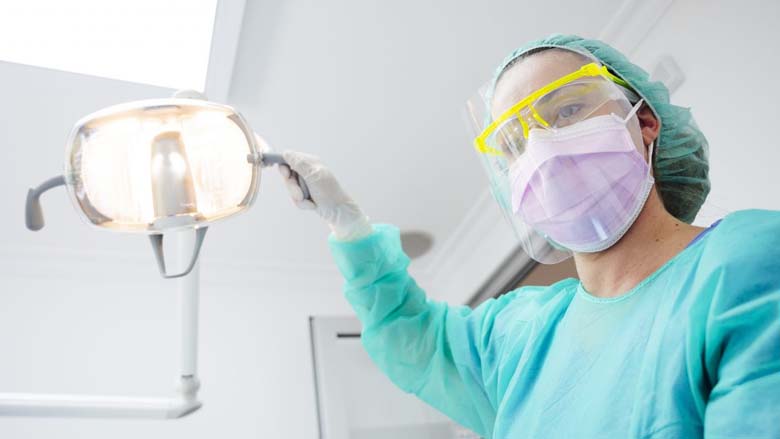 As a dentist, I vividly recall a day from my house job in 2012 when I had my posting in the Department of Oral Medicine. After a complete assessment of a patient’s dental problems, the Head of Department (HoD) referred him to a physician. This was because the HoD, after a thorough oral examination of the patient where he found that the patient had had good oral hygiene. the patient still was complaining about his bad breath and bleeding gums. The dentist instantly suspected him of having diabetes. The patient surprisingly had good oral hygiene. 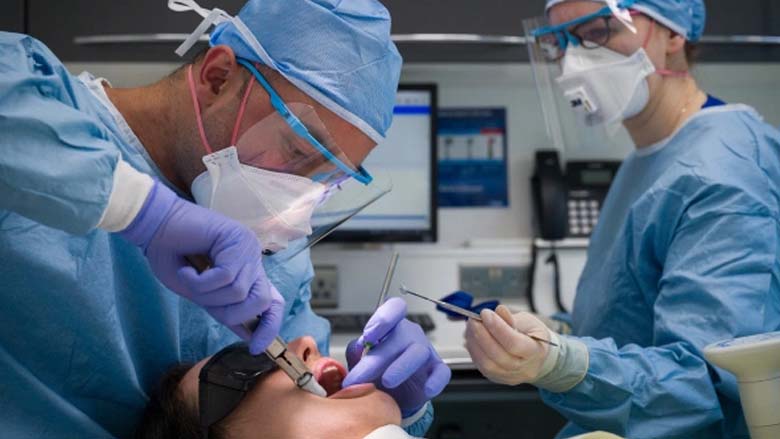 Why Should Dentists Get The COVID Vaccine?

With COVID-19 vaccinations beginning in Pakistan, dentists are entering a critical phase in this pandemic along with the rest of the healthcare services. 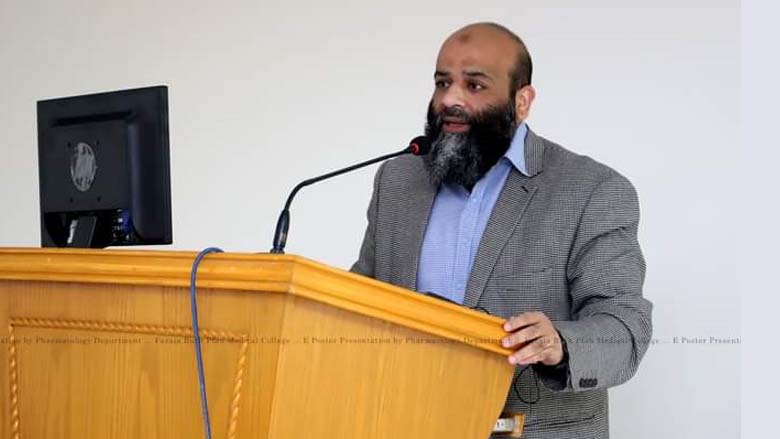 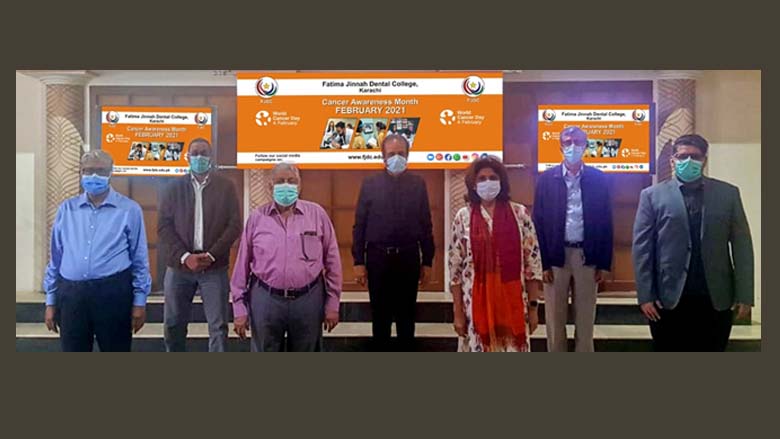 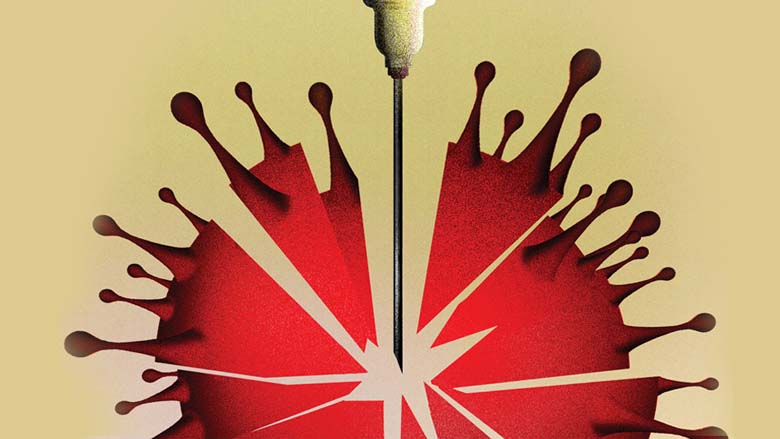 Will The New Normal Continue After The Vaccine? 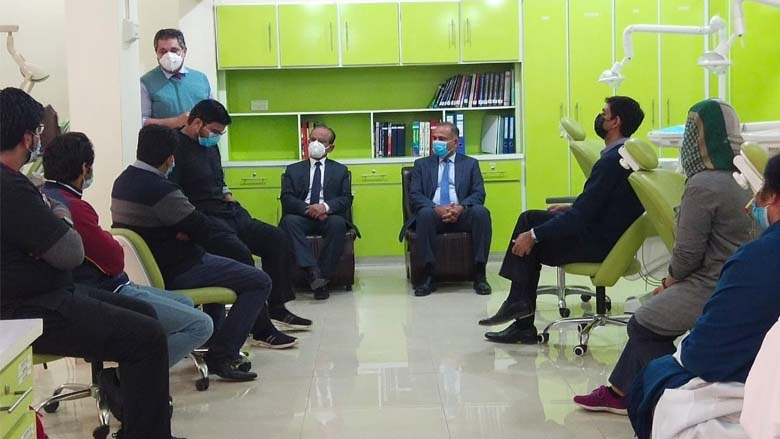 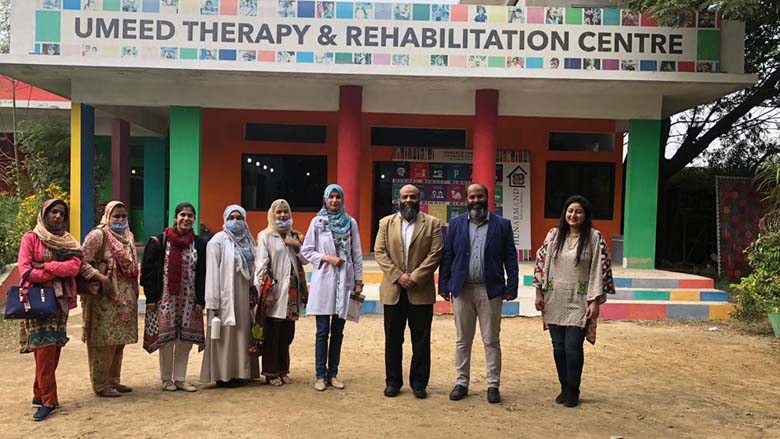 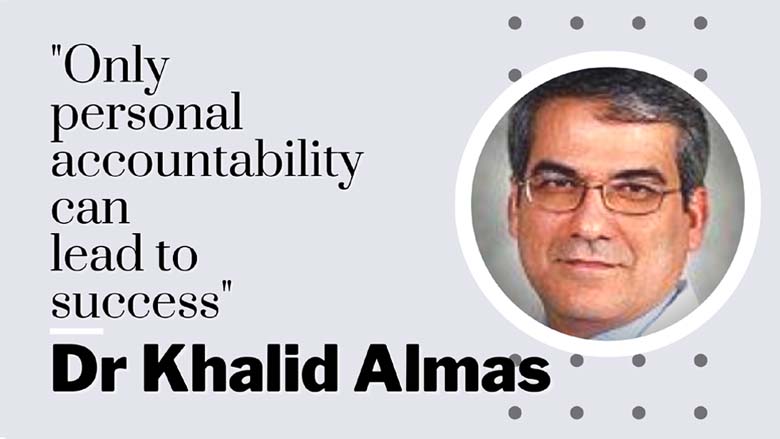 Interview: Only personal accountability can lead to success

Professor Dr Khalid Almas graduated from de Montmorency College of Dentistry, University of Punjab, Lahore, Pakistan. He then moved to the UK, for Master in Periodontology and later Master in Dental Public Health from Eastman Institute of Dental Sciences and the London Hospital Medical College/University College, University of London. He earned a Fellowship in Dental Surgery from Royal Australasian College of Dental Surgery and later a Fellowship in Dental Surgery of the Royal College of Surgeons of Edinburgh, Scotland, UK. Later on, he earned a fellowship of the American Academy of Oral Medicine. He is also a fellow of the International College of Dentists. He served as Head of Department of Periodontology and Oral Medicine, and Assistant Professor at de Montmorency College of Dentistry, Lahore, then as an Assistant Professor at King Saud University, Saudi Arabia. He served as an Associate Professor at New York University from 2003 -2007 and then moved to University of Connecticut School of Dental Medicine. He was promoted to full professor rank in 2011 and served as a Clinical Professor, Director predoctoral periodontics program and Director International Fellowship in Advanced Periodontics. Currently, Dr Almas is serving as Professor of Periodontology and Graduate Periodontics Program Director, at Imam Abdulrahman Bin Faisal University. He also maintains his visiting/volunteer professor position at the University of Connecticut, USA and Rawal Institute of Medical Sciences, Islamabad, Pakistan. His editorial and Ad hoc reviewer services extended to more than 15 biomedical and dental journals. He has also served as International Examiner in top universities of Malaysia, Sweden and Sudan. He has written more than 230 papers in peer reviewed dental and Medical journals, along with two books and many chapters written for books published in different countries. His exceptional record has made his name listed among world’s top 2% scientist. A list that has been compiled by Ioannidis et al from Stanford University who analysed thousands of articles on the Scopus database until May 2020. The inclusion of Dr Khalid name in the list is a true testimony of his hard work and dedication in the field of Dentistry and Research. Dental Tribune Pakistan recently spoke to Dr Khalid about his efforts toward the positive representation of Pakistan on global and national dental platforms and about his contribution to the dental profession and research. 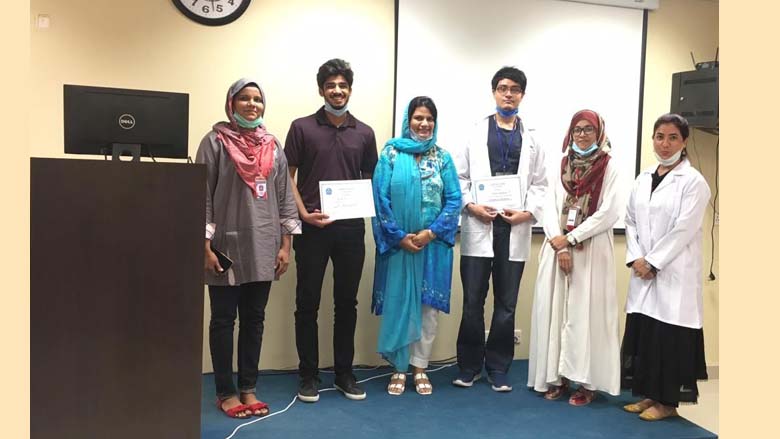 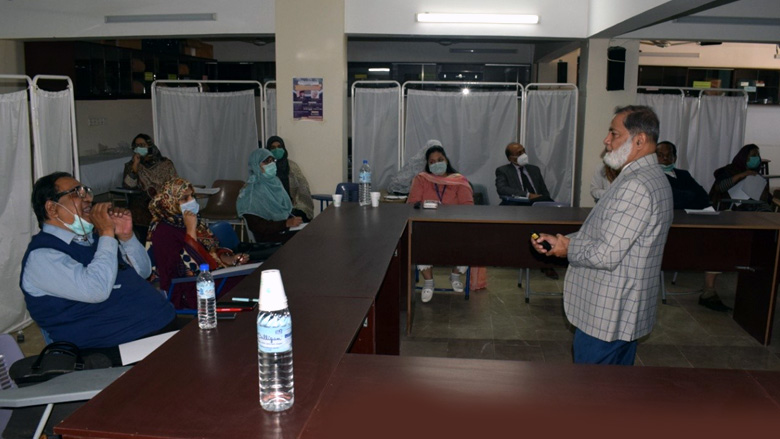 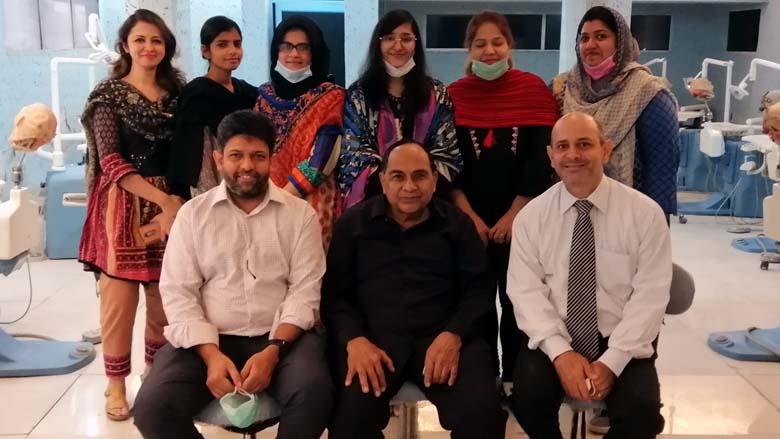 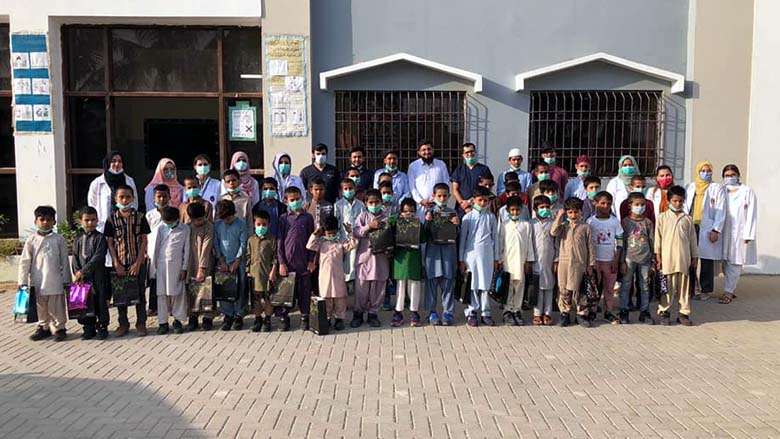 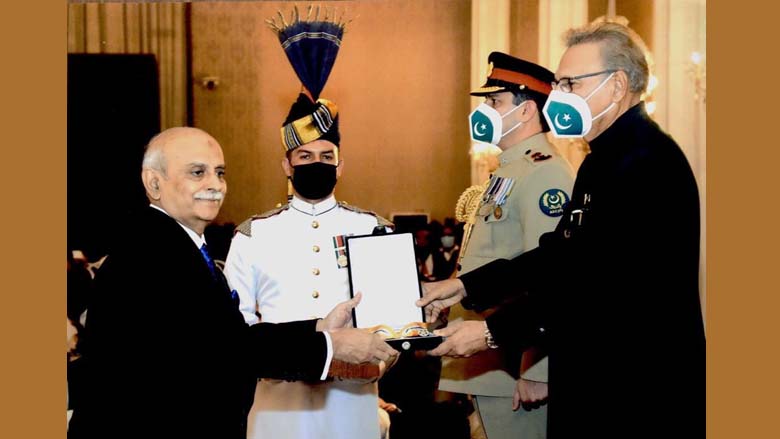 Dr Kamran Ahmed Vasfy was conferred with the State Civil Award of Pakistan, Sitarah-e-Imtiaz in recognition of his services rendered to Dentistry by the President of Islamic Republic of Pakistan, Dr Arif Alvi, in the ceremony held at President House on September 7th 2020.