The latest news in dentistry free of charge.

Prof. Dr Taleem Hosein, Principal FJDC, presented academic, research, and curricular and extracurricular facets of the past year in the Principal Report.

"I've been to many convocations. You know, we have nine affiliates. This is the best-disciplined convocation that I have ever seen. I would especially like to thank Dr Baqar Askary for keeping such a close liaison with me. I'd like to thank Mr Javed Jabbar, who's here as the chief guest, and FJDC's CEO, Dr Hussain Askary too. So congratulations to all the passing graduates; I wish you all the success in life."

Three hundred forty-eight distinctions certificates were awarded to graduates of Batch-25 in various subjects. Gold medals were given to 17 graduates who attained the highest marks in their respective subjects in the university examination. Fifteen shields were granted to the students getting first, second and third positions in the various university professional examinations. Dr Mehak Shamim was declared the best graduate of Batch-25. She scored 14 distinctions and was granted two gold medals. 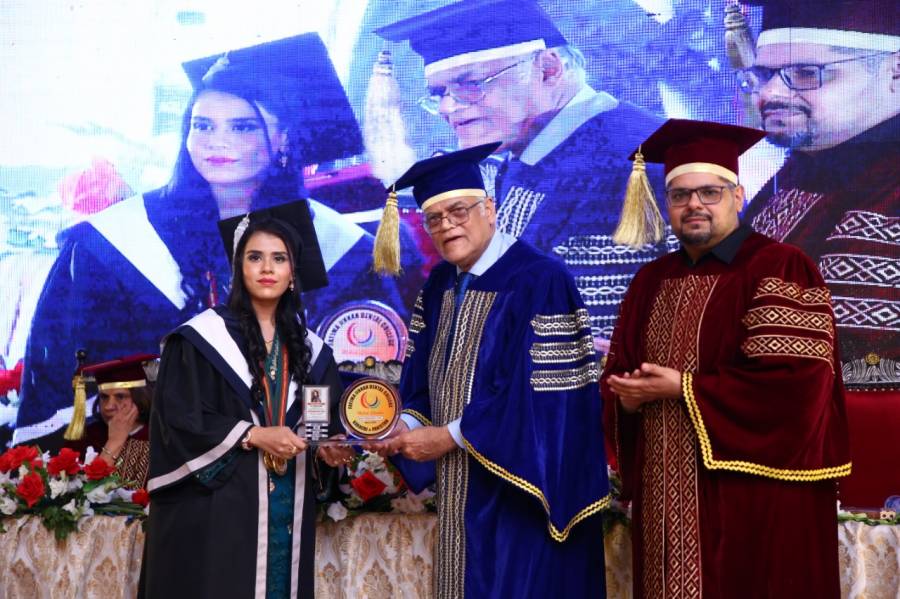 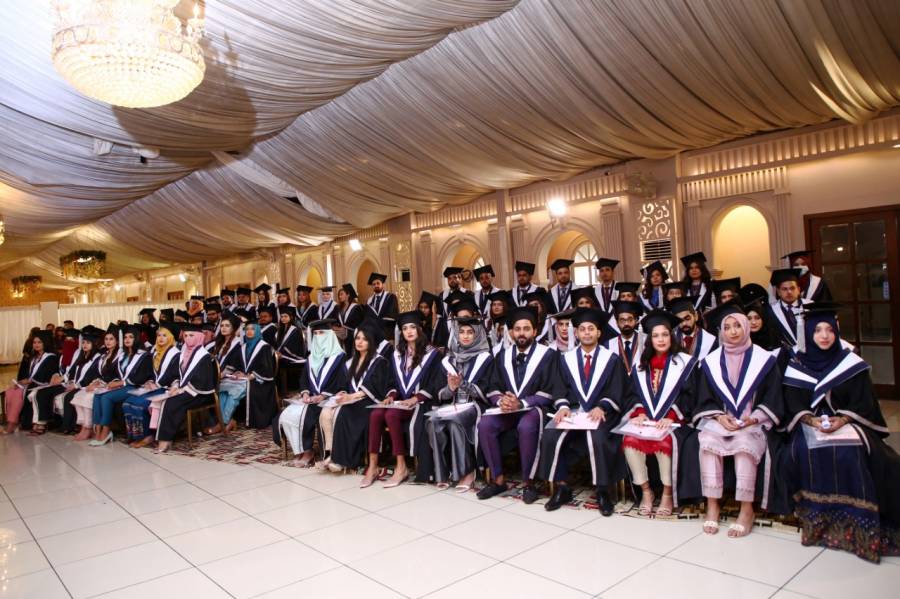 "We know that FJDC's degrees are authentic because they have been awarded by an institution that has already proven its excellence and sincerity and commitment to higher education. So truly compliments to you but also compliments to your hard-working faculty, which provides an exceptional ratio. I'm sure they can give you unmatched personal attention because the ratio between faculty and students here, which I see, is such a refreshing contrast from the ratio that you find in public sector universities."

Dr Hussain Askary, CEO & Head of Community Dentistry Department, FJDC, in his vote of thanks, said to the young BDS graduates that the last 30 years have not been easy; a lot of struggle, hard work & great sacrifices have gone into it. He added that this pioneer dental college has produced over 1700 top-notch dental graduates. Many of them have acquired leadership positions in various dental colleges and universities across Pakistan and globally.

He also informed the audience that Azam Town General Hospital quality dental treatment had been provided to over 1 million patients, and 5 million teeth have been saved. He also said that most services are provided at highly subsidized rates. Furthermore, in the last five years, he added that FJDC had provided free dental treatment to 5000 needy children. 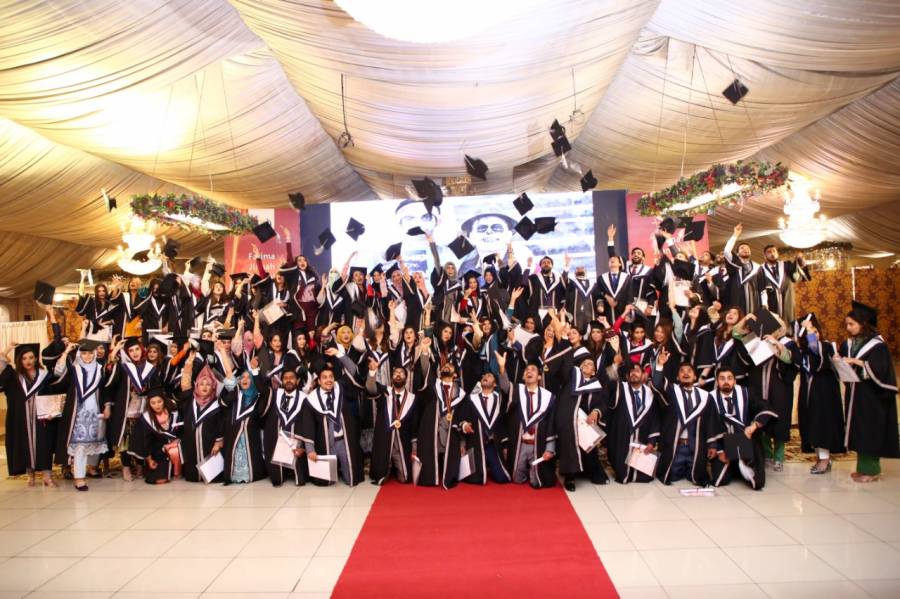 Karachi: Founder of the Mary Adelaide Leprosy Centre and an icon of service to humanity in Pakistan, Dr Ruth Pfau said here that she knew how young people ...

Islamabad: The first convocation of Margalla Institute of Health Sciences was held here at the Pak China Cultural Center today.

The first batch of MDS Clinical in Operative Dentistry recently graduated from Dow University of Health Sciences (DUHS), after completion of four years of ...

ISLAMABAD – Margalla Institute of Health Sciences, one of the leading and pioneer educational institutes in dental and physiotherapy held its first ...

Augmentation of horizontal defects with a xenogeneic cortical membrane

Whole Body Health – what do we know and where are we going?

Ecosite Elements – The beauty of simplicity

Getting Real About Digital Dentistry: Optimizing Your Digital Equipment

ISLAMABAD, Pakistan: A study led by researchers at Shaheed Zulfiqar Ali Bhutto Medical University in Islamabad has examined the impact of the SARS-CoV-2 ...

share
save
advertisement
News Fri. 22 July 2022
Dental industry is in doldrums with uncertainty and unstable dollar

KARACHI: The continuous fluctuations in USD is causing an acute shortage of materials and equipment in the dental industry. The industry which used to ...